When Phil Lince and his family were given the news that his wife’s condition had worsened they were shocked and frightened of the journey ahead. With the support of Teesside Hospice, they were able to enjoy the time Diane, 53, had left as a loving family. 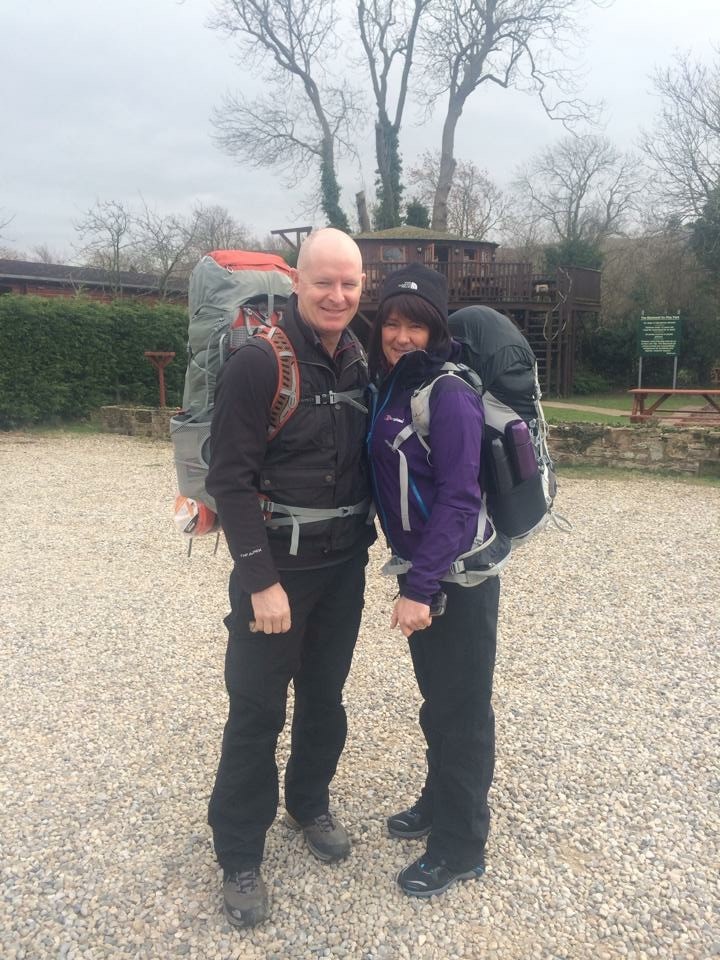 “When we were told that Diane’s breast cancer had moved into her liver, it came as a huge shock, we thought Diane had the all clear so we were terrified of what lay ahead.

Initially Diane was doing well and she felt fine, she was walking 20k a day and was always upbeat. Diane unfortunately took ill whilst we were away on holiday and after we got back she had more tests and was diagnosed with Ascites, a build-up of fluid in the stomach.

With this further diagnosis Diane became more uncomfortable and her condition worsened, it was then that a friend suggested a period of care at Teesside Hospice.

At first we were dubious as we always thought of a hospice as a grim place, somewhere you go to die, how wrong we were. Diane was in a poor condition when she first went into Teesside Hospice but after receiving fantastic care from the Doctors and Nurses, she improved dramatically and in June 2017, left the hospice to return home feeling strong and ready to face the world.

Unfortunately, Diane’s underlying condition was much worse than we first thought and she became ill again whilst at home. Diane went into hospital and it was at this point we were given the devastating news that Di did not have long to live.

Teesside Hospice again stepped in and secured Diane a place there. Diane’s condition was so severe we thought she would pass away in the first few days. She was really drained, couldn’t walk or talk so we called our kids, Nathan, Danielle, Natalie and Abi who were away, to tell them to come home. However, within three days of hospice care she was back up and walking - due to the unbelievable care received at Teesside Hospice we had 4 more precious weeks as a family.

During this time the whole family stuck together, we pitched up at the hospice and made it our home. The kids stayed over in Diane’s room and I stayed for 21 nights in our camper van in the hospice car park. The nurses made us all feel so welcome. They made us breakfast on a morning, painted her nails and did her hair. Nothing was too much trouble, even when we brought a horse to see her…

After a scare with a horse when she was a teenager, Di’s friend promised she would get her back on a horse one day, and she did! We all went round the car park on the horse, it was brilliant, memories we will all cherish forever.

On Thursday 20th July 2017 Diane was taken from us. Without the care and support of Teesside Hospice, I know for a fact we wouldn’t have had those last 4 weeks together as a family and for that we will always be grateful. Due to the amazing care we have been motivated to raise vital funds for the hospice.

We have set up a tribute fund in Di’s memory. Throughout the last few months myself, our kids and other members of the family have taken part in a Coast to Coast Walk, shaved their heads, run the Great North Run, skydived, held a charity football night and race night and taken part in the Colour Run. We know she is looking down on us with her warm and beautiful smile, just like she did until the very end.

Teesside Hospice did not just treat Diane’s symptoms, they treated her as an individual. They gave us the chance to create amazing memories and keep laughing and smiling right until the end, we will cherish those memories forever and the care and support will never be forgotten.”

Special thanks to all of Diane's friends and family for raising over £18,500 - you are all amazing!

If you are interested in setting up a tribute fund in memory of a loved one please contact Leanne on Tel: 01642 811145.