We are really lucky to have ambassadors from our local community, who always go above and beyond to support us.

Our Ambassadors help us to spread the word about the important work we do, whilst supporting us through fundraising, volunteering and encouraging other people to join in too. We are so grateful to our ambassadors for their dedication and commitment. Thank you. 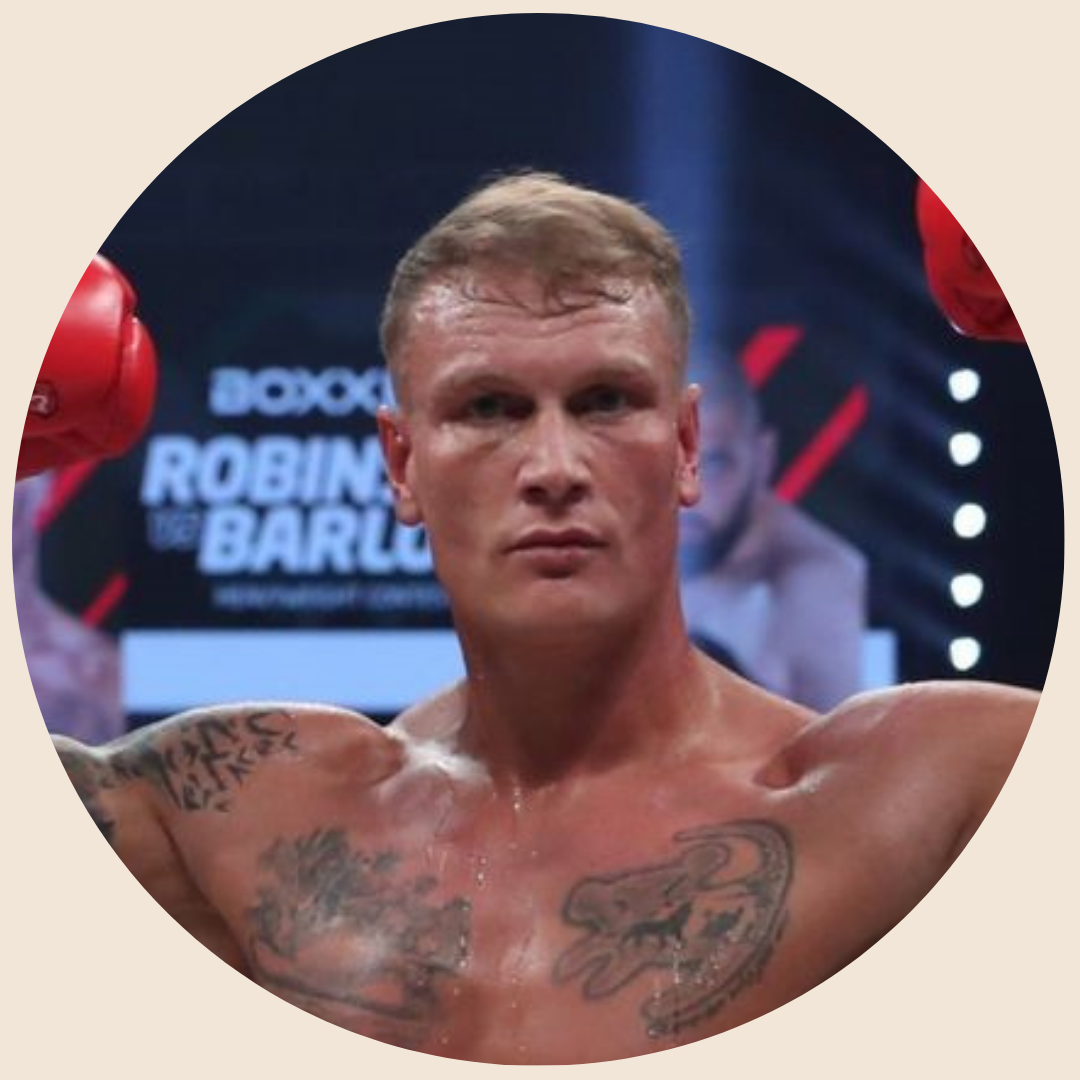 Steven "Disney Drago" Robinson (4-1-0) is a Professional Boxer from Newcastle.

Steven is a giant of a man currently standing at 6ft 7 and weighing 18 stone. He is currently signed with sky sports BOXXER

In 2010 Steven got the job of a lifetime, a scholarship in football in America, 2012 seen him move to Hong Kong to pursue his career in football, after several injuries and failed attempts at football Steven gained several stone becoming obese weighing 22 stone.

In February 2014 he joined Vision Health and Fitness where he met his now trainer and co-manager Mark Clauzel. After years of focusing and dedicating his life to football he put all that focus into his new goal "weight loss".

Steven joined the boxing class for weight loss 4 days a week and loved it, he then joined a body sparring class, to which he realised how much he loved being punched! In July 2014 he ended up having his first boxing bout weighing a whopping 133kg(20 stone 9lb) he loved the buzz, the excitement, the adrenaline rush, he remembers thinking wow! And it didn't stop there he was hooked in the next 4 years he had 44 fights, 37 wins, lost 5 stone, won an area belt and the most honourable thing competed for his country, Team ENGLAND! Steven then decided to turn professional in July 2018 which he had his first bout in September 2018 then December 2018 with 2 1st minute knockouts, his 3rd fight was March 1st, 2019, then covid hit.

After 7 month of training and no further forward Steven was close to throwing the towel in, then came the phone call from Sky Sports boxxer wanting to sign the big heavyweight from Newcastle! Steven headlined the Newcastle arena show with Savannah Marshall live on Sky Sports in October 2021 and with an explosive 1st round knockout he really made a statement in the boxing world!

Stevens link to Teesside is through very close friend and co-manager Glenn Bartlett who owns a local company, Close Protection Security based in Middlesbrough. Steven and Glenn met whilst working in the Television/Film industry providing protection for the actors in 2014, they built a friendship on loyalty and trust and now work together on Steven's rise to the top!!

Steven and Glenn both now support Teesside Hospice, to make sure no one dies alone, scared or in pain. Thank you! 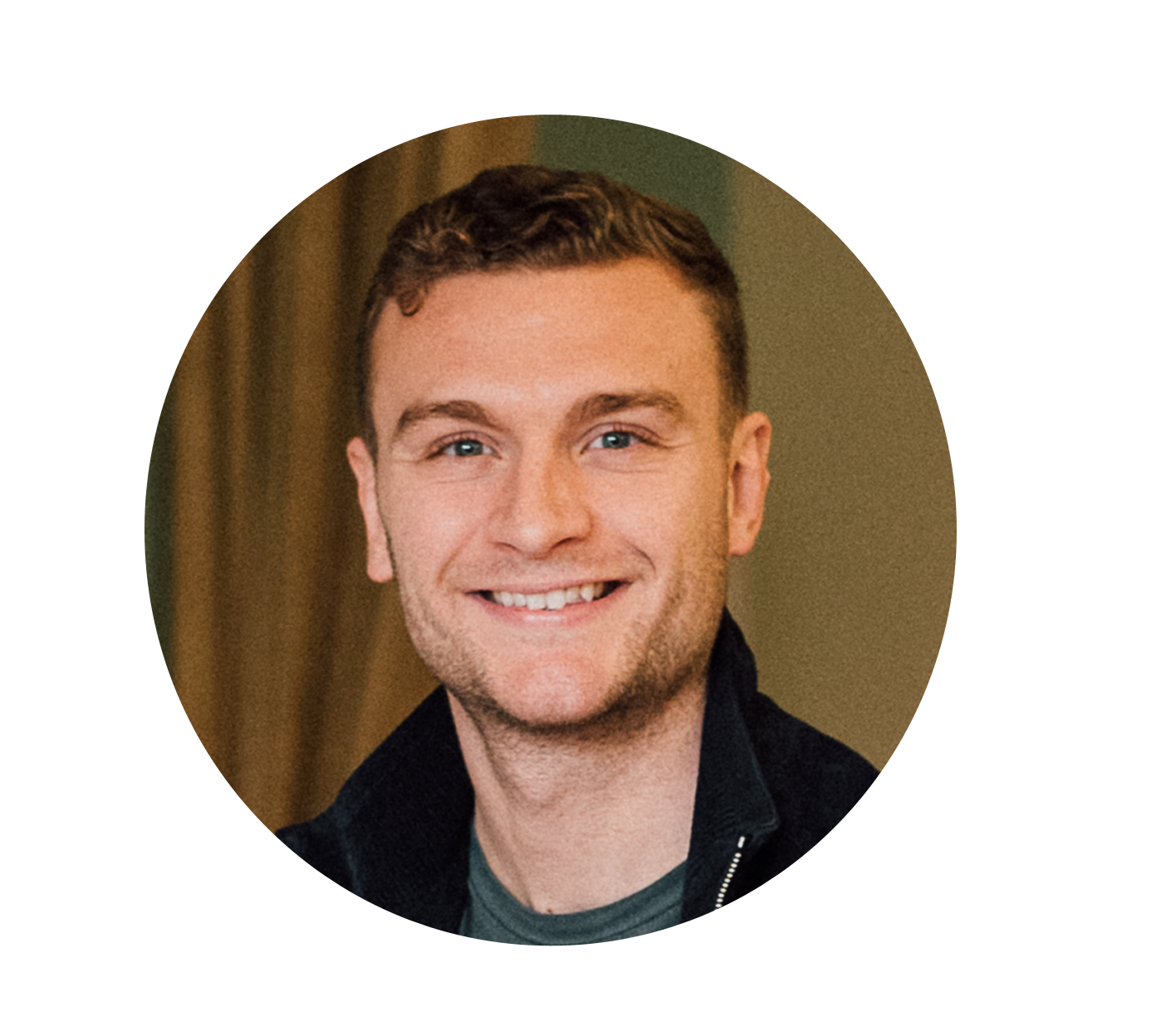 Former Middlesbrough FC player, Ben Gibson, has been an ambassador of our hospice since 2017.

Our hospice is really close to Ben's heart, after his family have seen first hand the care we provide.

Ben said: " My family have seen first-hand the great work that Teesside Hospice do. My Nanna, Florence, was transferred to Teesside Hospice in August 2001 where she died of pancreatic cancer. She spent the last week of her life there and was treated like the queen. It was more like a luxury hotel. The staff made her feel comfortable and settled in her final days. They even played her favourite music to her while massaging her feet. My family will be eternally grateful to Teesside Hospice for the comfort it brought them. And the support they received from everybody within the hospice.

I am honoured to be ambassador of such a fantastic charity that we need to maintain to ensure that so many more families receive the care my Nanna experienced. I have always seen it as part of my job to be a positive influence through sport and charity. Hundreds of Boro supporters and their families have accessed care at Teesside Hospice and I want to help ensure this vital service is available to everyone who needs it!”

Ben has supported us in many ways since becoming an ambassador, most recently Ben launched his own fundraising campaign the '26 keep up challenge' to support our fundraising efforts during COVID-19. Ben challenged Teesside to back the campaign by doing 26 keep ups, donating £5 and nominating 5 friends to do the same. The campaign saw a host of footballing legends from past and present taking part, including including ex-Boro striker Fabrizio Ravanelli, the club’s former manager and Real Madrid legend Aitor Karanka, Adama Traore and X-Factor superstar James Arthur.

Hundreds of local people took part in the challenge too, with some amazing and very creative efforts. Ben's fundraising challenge and our supportive community raised over £26,000 to support our care. 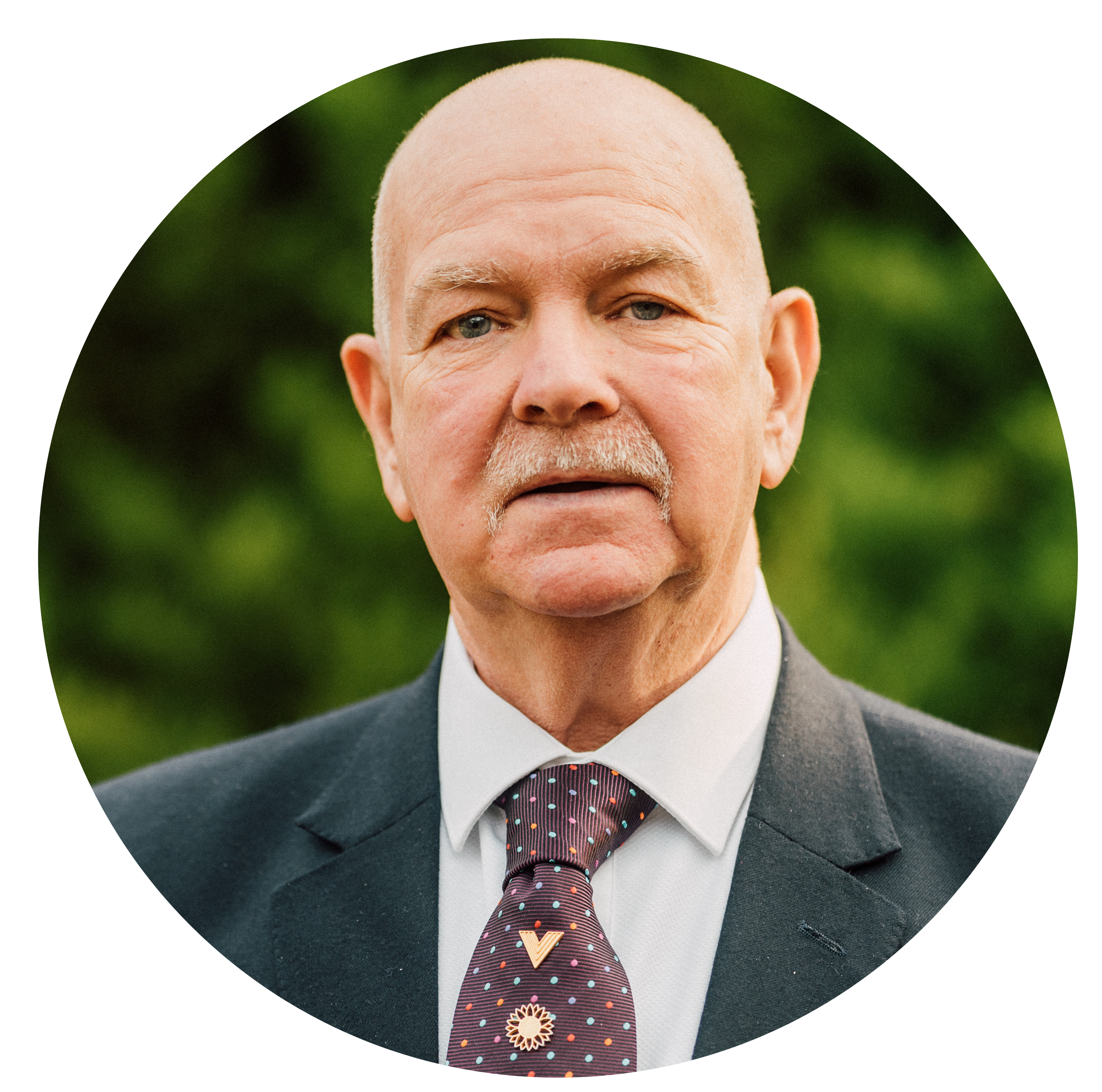 After seeing the care his wife, Vera received, Dave has gone above and beyond whilst volunteering at the hospice, it's his way of saying thank you.

Dave has supported our hospice by raising awareness as the face of our fundraising campaigns and sharing his story to let more people know about the care we provide. Dave isn't afraid to get stuck in too! It's not uncommon to see him fundraising at bucket collections, come rain or shine. And volunteering to collect hundreds of Christmas trees as part of our Christmas tree recycling scheme.

Dave also volunteers at the Light up a Life tree and Sunflower Memory Wall, collecting donations and talking to the public about the care his wife received. He has inspired other people to start fundraising or volunteering for the hospice too!

Dave makes a direct difference to local people and our local community. We couldn’t continue our work if it wasn’t for volunteers, like Dave.

Dave talks to people about the work of the hospice, encouraging people to support if they can, but also by letting people know about the care that is out there if they ever need it.

The support Dave provides to the fundraising department at the hospice saves our small team resources and time. We are all so grateful to have Dave's support. Thank you. 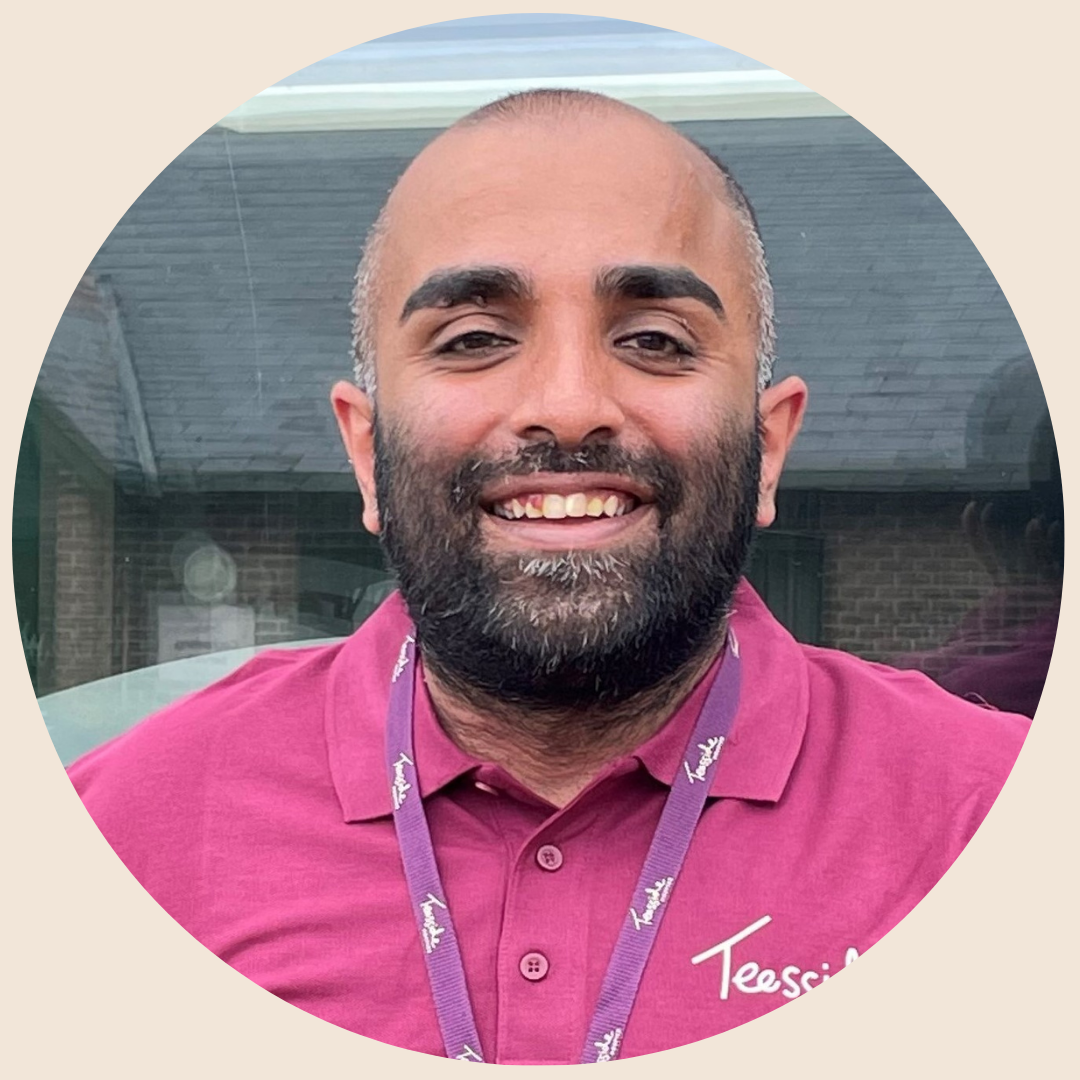 Continued support for the hospice, Raghib has really shown what the hospice means to him and his family.

Raghib has continuously raised awareness through his community for Teesside Hospice showing the amazing work we’re doing, since we cared for his family member and also a friend of his. Raghib wants to continue to show what the hospice is doing to make a difference to people lives so they can live the live they choose. He also wants to showcase how amazing the nurses, staff and volunteers are at the Hospice, and why it is vital we continue with to provide this care.

Facing personal battles with cancer himself, Raghib knows just how important the support we provide is when people need us most. Not just physically but mentally. A terminal illness diagnosis can affect you in many ways, therefore we’re here to support you in all the different ways in which you need us. Raghib will continue to promote the work we’re doing and express the importance of specialist palliative care to the people of Teesside.

You will see Raghib around the community talking at us and promoting events that you will be able to take part in. If you see him, say hello and ask about Team Teesside.

The support Raghib provides to the fundraising team is important so that people understand why we do what we do and why we need people to support us just like Raghib. Thank you Raghib.

Come and take a virtual tour of Teesside Hospice. A great way for anyone to 'visit' the hospice without physically being here. Virtual tour